Tiny Apocalypse (a new song, a lost song, a rehearsal, a cover) 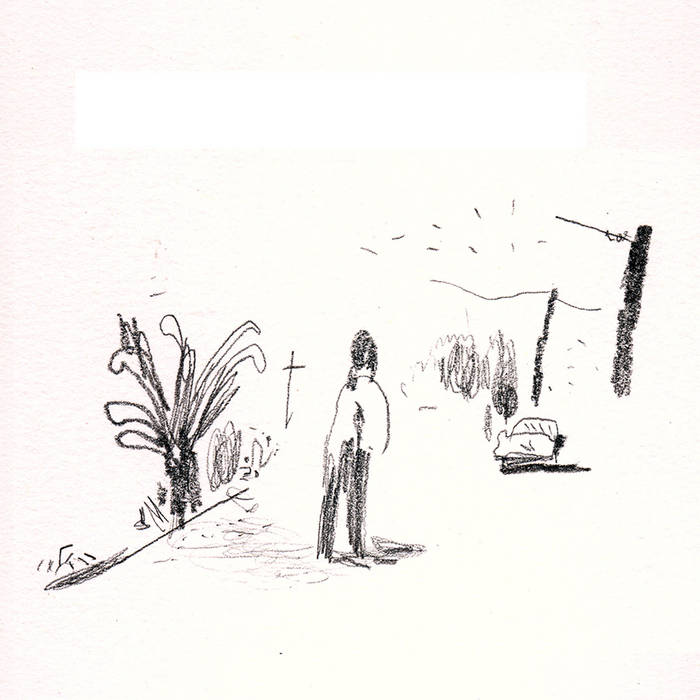 Since we are mostly isolated for the strange coming days, and since lots of folks have been posting music today, I figured I'd open up the vaults here at Seamonster HQ.

This is a fairly broad selection of rarities but I hope it helps you to pass the time and enjoy the days and nights ahead.

First up is a demo of a brand new song ANOTHER PASSING THOUGHT slated for the next Seamonster record. I recorded this in October of 2019 on my ipad. I'm really hoping to get back to work on the new record, as all the songs are now written and demoed and just need to be polished up a bit before the post production phase.
I chose this one to share today for a few reasons:
1) it is one of my favorites of the new batch
2) lyrically, it seems to fit in with our current situation in that it references isolation and company, as well as being in the metaphorical night but looking forward to meeting again in a new day. Weird, huh?
Anyhow, here are the lyrics:

We might not always rise with the sun
But when we see the dawn
We know that it is beautiful
The company of someone
Let me take you out for breakfast, my dear


Following that is a song I thought I'd lost but just happened to stumble upon today when combing old hard drives. In 2007 I was on tour and listening to the Apples in Stereo album New Magnetic Wonder that had just been released. On one of the final nights of the tour I had a dream that Robert Schneider, the Apples frontman and math fanatic, who I'd never met before, was showing me that he'd discovered a way to play music using an abacus. I thought that was pretty crazy and when I got home from tour I wrote and recorded this song ROBERT SCHNEIDER'S ABACUS in a day and threw it onto Myspace (ah, the golden days of internet music sharing haha). What I did not know, was that day that I recorded and posted the song just happened to be Robert Schneider's birthday! As fate would have it, one of our mutual friends heard it and sent it over to Robert on account of it being his birthday, and then Robert reached out to me, and we've been friends ever since, and even collaborated on his Robbert Bobbert and the Bubble Machine album a few years later. It should come as no surprise that Robert is one of my favorite songwriters, so it's absolutely amazing to me that this silly dream inspired song connected us in the real world. The power of music!

Wait for the outcome
Count it down
Round it out
Can you tell me this, Calculus?
How does music sound on an abacus?

What do you know about ratios on the stereo?
What's the status quo?
And where do you go when you finally know?
Do you fly to Tokyo?
Or live with Eskimos?
Do you suffer vertigo?

Robert Schneider can you see
All the answers in your dreams
On your magic abacus?

Next up is a long track that is an entire band practice session from 2016. Usually when I perform live I am by myself with a guitar or a sampler or some simple combination of gear, but every now and again I'll get some friends together and form a band to play out with. This recording is just a single mic in the practice room, and might have actually been merely a voice memo on a cell phone, so I apologize for the poor audio quality. This lineup was myself, Tyler Warnalis, Jon Reynolds, and Chris & Johnny Ledbury, and was one of the most fun live assemblies of Seamonster, in my opinion. This is one of the later practices before the show so it's pretty much just a straight run-through of the songs though you can tell we’re still figuring some out, but what makes it amusing to me is you can hear our nonsense chit chat in between some stuff, trying to figure out where to make room for stage patter "buy some records, etc" and cheering each other on when we make it all the way through a cover of DEVO's classic Whip It - a song that we all loved and that we worked hard at figuring out the timing of. Pretty sure we all slip into a bad Rick & Morty impression at some point too. Don't judge. It's a pretty nice selection of songs from the Seamonster catalog, featuring early and unreleased material and plenty of stuff from Baldessari. My favorite moment in listening back is near the end when Jon asks me what the tempo of the song is and I reply "75" and he says "my favorite!" Some of the songs sound better than others, but that's how rehearsals are haha

Finally, I figured I'd share my version of David Byrne's TINY APOCALYPSE. I recorded this in 2013 just after the release of the Neighbors 7 inch and had planned to release an EP of cover songs. I recorded music for a few others (The Glow Pt 2 by Microphones, and Atmosphere by Joy Division to name a few) but never tracked the vocals. Maybe I'll finish those up sometime. Byrne (and Talking Heads) is another favorite of mine and it was a lot of fun working this song up, and it seems like another eerily appropriate song for today - today being March 20th, 2020.

I'm posting these songs for free, but if you can spare a buck or two it will go a long way and you can count me eternally grateful! Either way, I hope you get a kick out of this collection of sounds, and I look forward to getting a new Seamonster album into your hands/ears in the not too distant future! Thanks so much for listening!
-t


PS :
as always, there's loads of other music and comics available on my website too so if you're looking for more stuff to read and the like, visit www.toddbot.com
or find me on instagram @toddbotdotcom

seamonster has existed since the year two thousand plus five.

seamonster's new album "Baldessari" was released into the physical world via lovely 12" easter yellow vinyl on September 11, of the year two thousand plus twelve.

Bandcamp Daily  your guide to the world of Bandcamp

Featuring appearances from Kari Faux, Bluestaeb and and interview with NY-bred artist Wiki